Showing posts from November, 2019
Show all

How much do you love G-d? 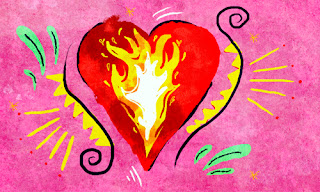 A year or so ago, I was at at another Chabad for a morning service and noticed a Jew standing with a tallis praying.  I approached him and offered to put on tefillin with him. He looked at me, and with a heavy Israeli accent responded, "I only put on tefillin at the Western Wall.  You have no clue how close of a relationship I have with G-d, and He doesn't need my tefillin." Given the sincerity of his prayers, I was kind of taken about with his rejection, especially since I could tell from his answer that he wanted me to respond to him (some Israelis are like that.  They just want to see how you'll respond). I said to him, "Are you married?" "I was" he said.  "Divorced now." "In that case" I said, "you know at least kind of what marriage is about." "Imagine if your wife asked you to take out the trash, and you responded by explaining her how your love transcends taking out the trash for her, and she doesn't
Post a Comment
Read more
More posts